Gordon is backing calls along with other key members of the Forces community across the area for an Armed Forces Covenant which covers Blackpool, Fylde and Wyre. 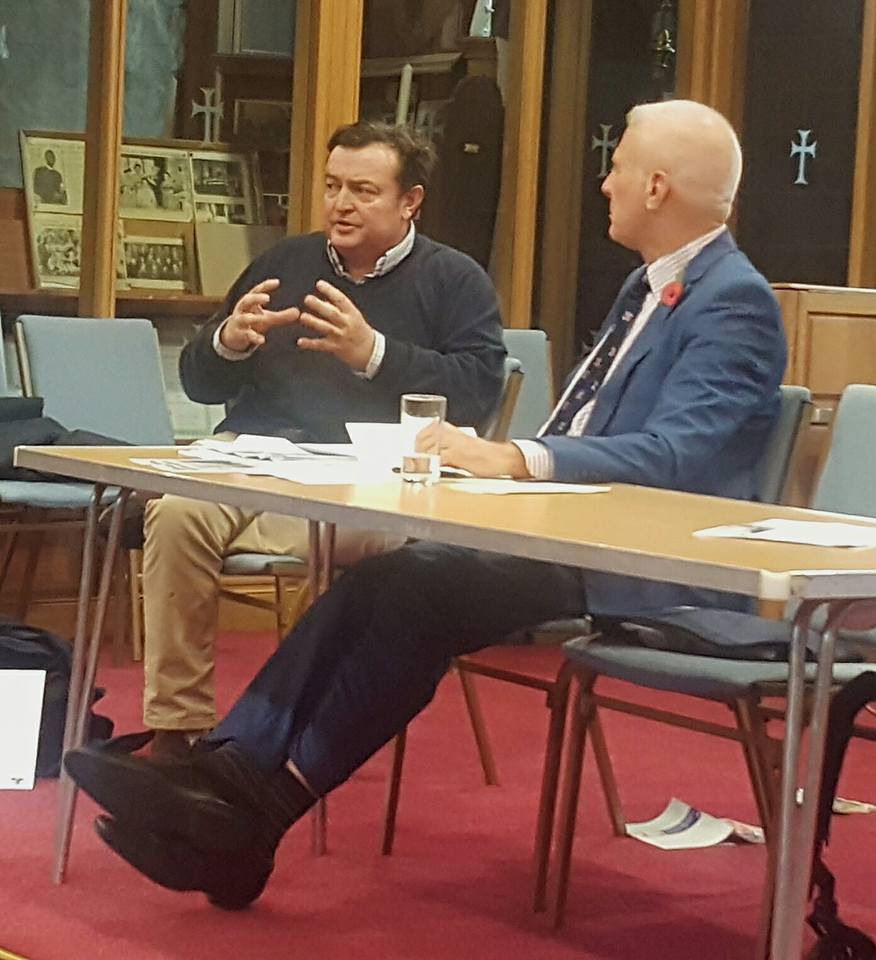 He met with Col Johnny Lighten (Duke of Lancaster Regiment) and Cllr Ed Nash (Fylde Council’s Forces Champion) at the Preston Wings Centre to talk about the benefits of a single covenant for all three local authorities, as oppose to each council having their own individual one (as they do now).

Gordon said: “The Fylde Coast has a proud Armed Forces tradition – we see that every year with the Blackpool Armed Forces Week, which is the only one of its kind in the country. It makes a lot of sense to have one covenant for our Fylde Coast councils so we can draw in more funding for projects and services which meets the needs of local veterans and their families.”

Before this they also talked about Lancashire County Council’s “Ex-service personnel mentoring in schools” programme. Gordon said he will speak to officers and councillors at Blackpool Council about looking into the merits of a similar scheme locally. The county council currently recruit veterans to become part of the mentoring in schools programme for secondary schools, supporting young people to help improve their performance, behaviour and attendance and develop skills.

Gordon, said: “Both as a Blackpool MP but also as the Shadow Skills Minister, I was interested to learn more about the mentoring scheme from Johnny. He was telling me it has had a lot of success in other disadvantaged parts of Lancashire. Given the transience and deprived nature in some parts of Blackpool, I think it would be good for Blackpool Council to look into this themselves -; with Armed Forces Week just around the corner it would be very timely.”