Thank you once again to everyone who took the time to attend my Faith Forum event at Holy Trinity Church. For those of you who were able to make it but also those who couldn’t attend, I hope this report back is helpful.

Faith groups in Blackpool have a longstanding history of working with communities across the town. So I was pleased to see representatives from the various different faiths for what I felt was a very informative discussion with some practical ideas for moving forward.

I want to also show my gratitude to Reverend Tracy Charnock for allowing us to hold the event at Holy Trinity. As Tracy said to me afterwards: “The conversations flowed as we shared stories of how we live out our faith in serving our communities.” 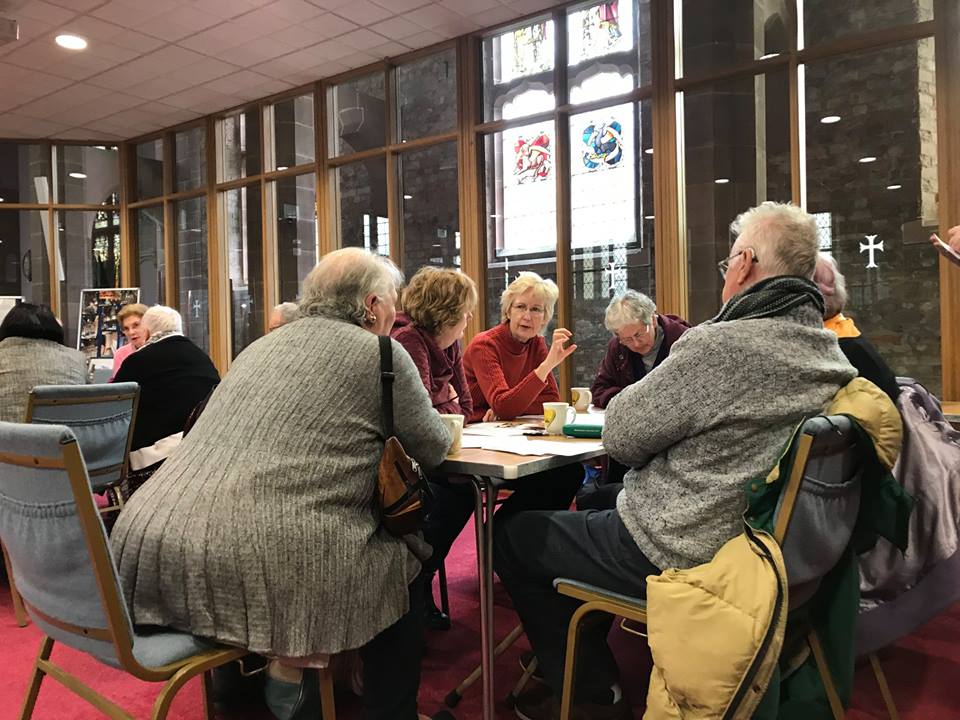 The first group looked at the rise in the usage of food banks which they were right to point out is a “national scandal”. It was felt by those in the group that the rise in their usage can be largely pointed at the Government’s changes to the benefits system. This is something I am seeing every week in my constituency casework and it is heart-breaking to hear some of the very distressing circumstances individuals and families are finding themselves in. The group felt funding and powers should be devolved to councils to administer benefits as they understood the issues in their local areas better, as opposed to it being controlled centrally in Whitehall.

Linked to this the group also spoke about whether or not a Universal Basic Income (UBI) was one solution to addressing some of the monetary shortfalls people were finding themselves in. UBI is the idea that everyone gets an income regardless of whether they are working or not. The group said whilst the idea was good in theory, they were unsure about how it would practically work and be administered. With the problems we have seen around the administration of Universal Credit, I can understand why some may have concerns about this.

Finally they discussed corporation tax and whether it should be higher or not. The current rate is at 20%, but they felt it should be higher so more money could be invested in vital public services. More broadly on the issue of taxation it was felt a lot more needed to be done by the Government to tackle those exploiting loopholes in the system, but also a need for greater transparency within the tax system. This is something the organisation Christians on the Left have discussed in the “Patriots Pay Tax” campaign. You can read more about the campaign by visiting http://www.christiansontheleft.org.uk/patriotspaytax . 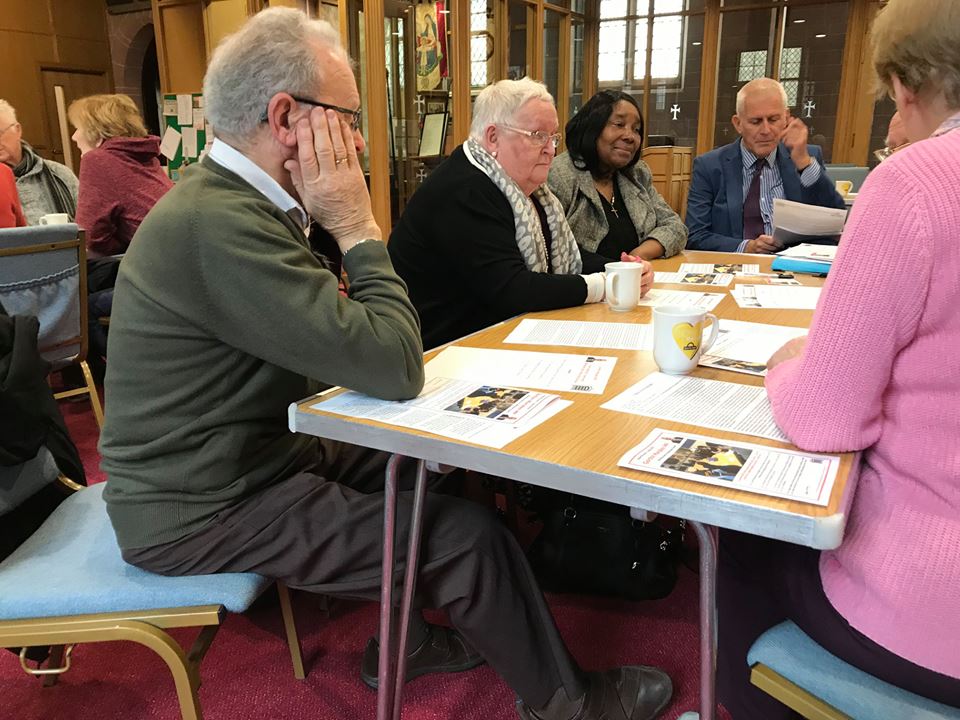 The second group discussed how we could help get more people into work. As the Shadow Minister for Apprenticeships I was pleased to hear them stress the importance of getting more people into work via this route. Apprenticeships can be a great pathway into fulltime work because when they are done right, it enables you to earn and learn. They also spoke about how the experience of being unemployed can have a negative impact on the self-esteem of an individual. They felt more needed to be done by the DWP and the Job Centre staff to support and show more compassion and understanding to the individuals finding themselves in this situation.

Charities and voluntary groups can also play a crucial role in helping people get their lives back on track. But many of these groups are finding themselves with one hand tied behind their backs. Cuts to local authority budgets from government austerity has seen grants to voluntary organisations dry up. Local groups such as Streetlife and Young at Heart do an excellent job in helping some of Blackpool’s most vulnerable people in different ways, but it is a job they will struggle to do with less resources and other pots of funding being available to them.

Finally they looked at the issue of access to finance and credit, and whether or not there needed to be more morality by the companies supplying it. They said there did, citing the example of loan sharks who for too long have been ripping off people on very low incomes. They said this needed to change, but this could only be done with tougher action and policies from the Government. 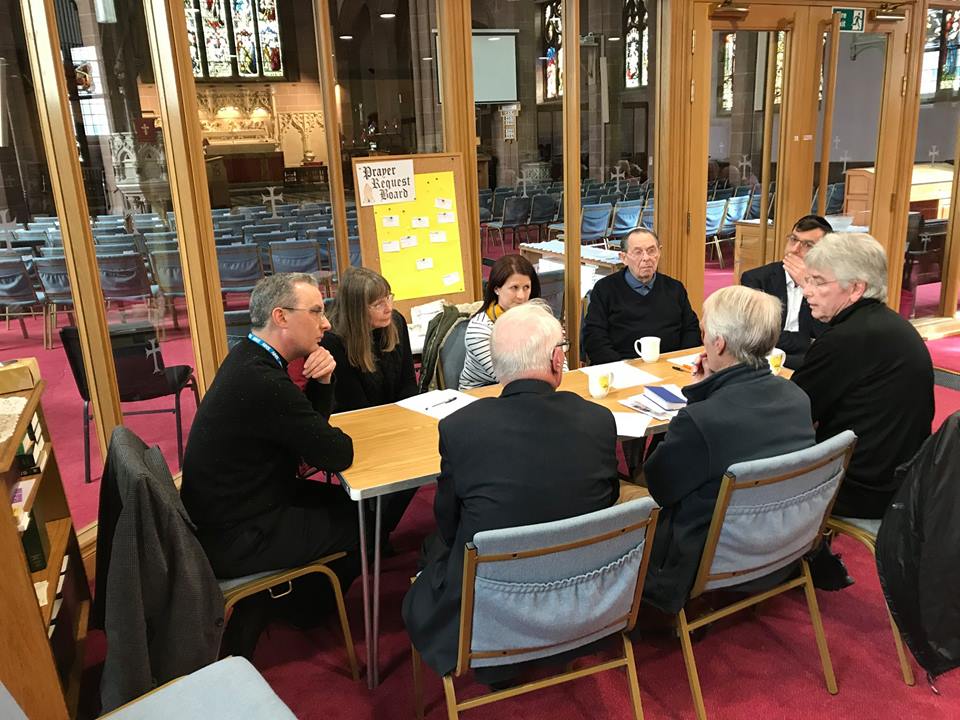 The final group talked a lot about the importance of cooperation between different groups -; citing the written agreement between Blackpool Council and faith groups across the town. You can read the agreement in full at http://www.faithandsociety.org/wp-content/uploads/blackpool-faith-partnership-agreement.pdf .

One very practical example they highlighted was the work being done by students at Cardinal Newman Sixth Form to help older members of the community with computer and broader digital skills.

They also made the point that local services and amenities had to be reflected in the needs of the local area. Blackpool has a higher average age than other towns so older people who might not be as confident as some of their younger peers with technology, still need access to more traditional services such as their local high street banks.

Lastly they felt faith groups needed to do more to reach out to individuals or groups of people in their communities. Regardless of whether they were religious or not, they said religious groups should be far more proactive in attending and getting involved in other local community activities. They said groups of all faiths needed to “transmit what we desire” in order to better help people.

Once again thank you for taking the time to participate and come together for this event. I will take on board what was said and but also the sense of anger felt by many at the way some of our vulnerable have been treated under this Government. I will also continue to bang the drum for Blackpool for a fairer share of funding so the council and voluntary groups are able to continue supporting those in most need across the town. 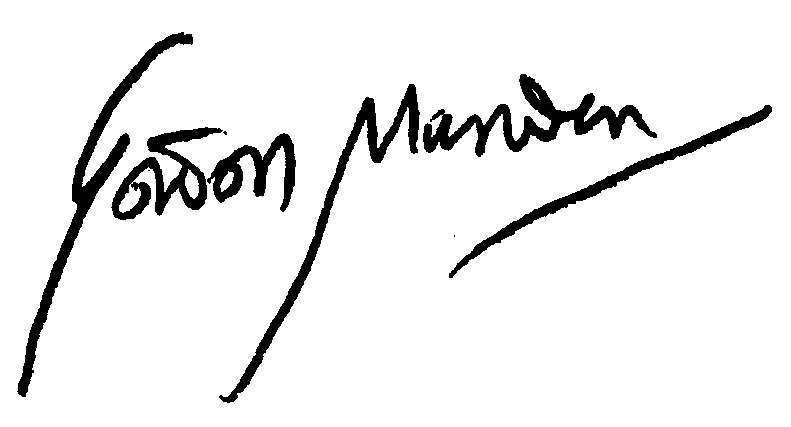