Gordon puts down EDM in support of Notarianni’s Ice Cream 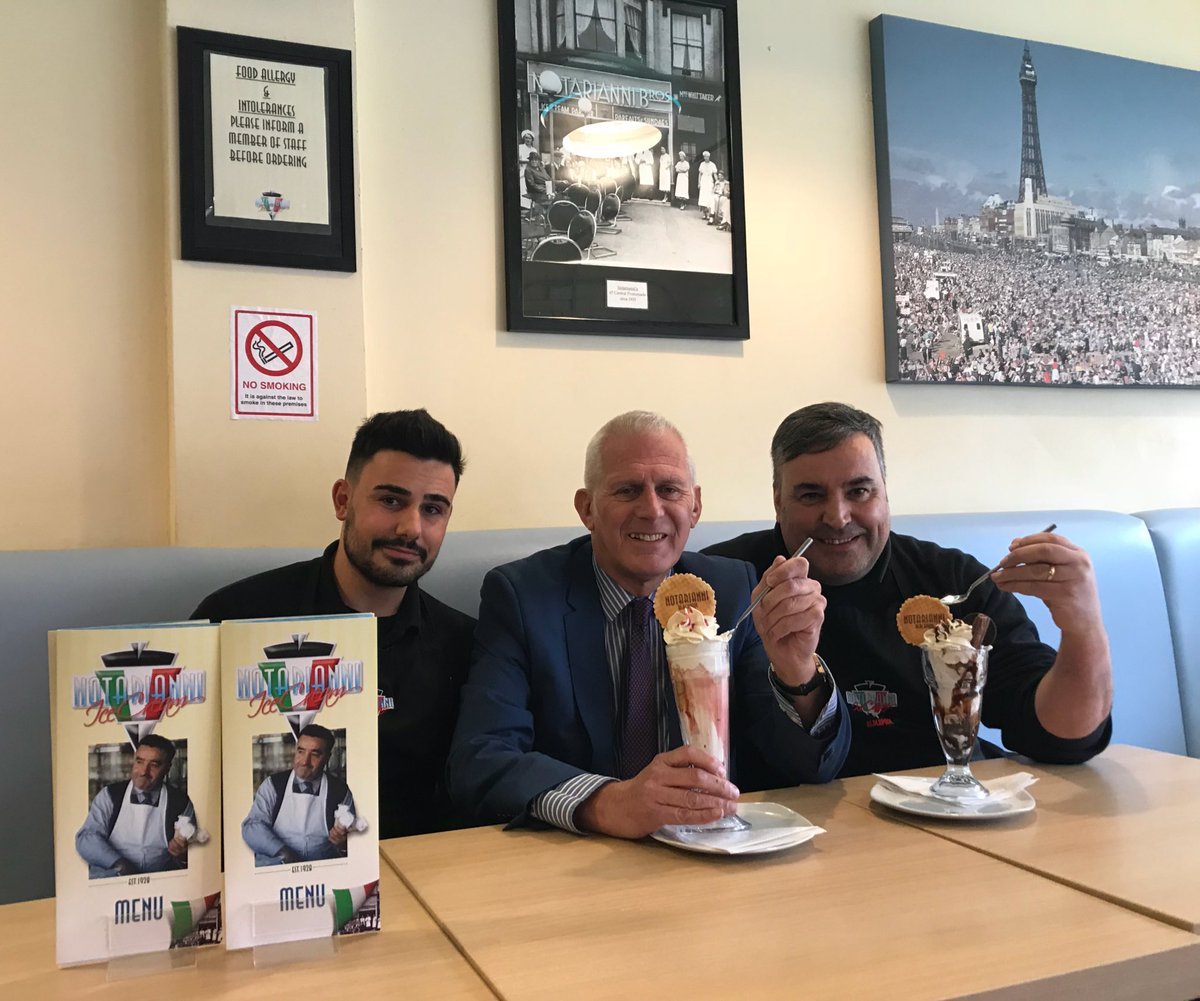 Gordon has put down an Early Day Motion in Parliament to recognise Notarianni’s 90 years in Blackpool producing and selling their famous ice cream.

The motion reads: “That this house congratulates, at the start of the Easter holiday season in Blackpool, Notarianni’s Ice Cream on their 90 years of production of their celebrated products, particularly their iconic vanilla ice cream; salutes the Vettese family, now in their fourth generation as a family business, in the best of tradition of Italian families who have brought a taste of fame and glory to both Blackpool’s residents and tourists; and celebrates all those Italian businesses and entrepreneurs who over the years have enriched our cultures and pleasures in the UK.”

Gordon met up up the Vettese family last Friday for English Tourism Week, where they told him they were very excited for the start of the new season in Blackpool. Back in 2012 Gordon launched his “Back Blackpool’s Businesses” campaign at Notarianni’s and was joined by many other local small business owners in the South Shore community.

You can read more about Early Day Motions by visiting http://www.parliament.uk/about/how/business/edms/