Gordon has dropped in to Blackpool’s main Sorting and Delivery Office up on Faraday Way to thank them for their work throughout the entire year. 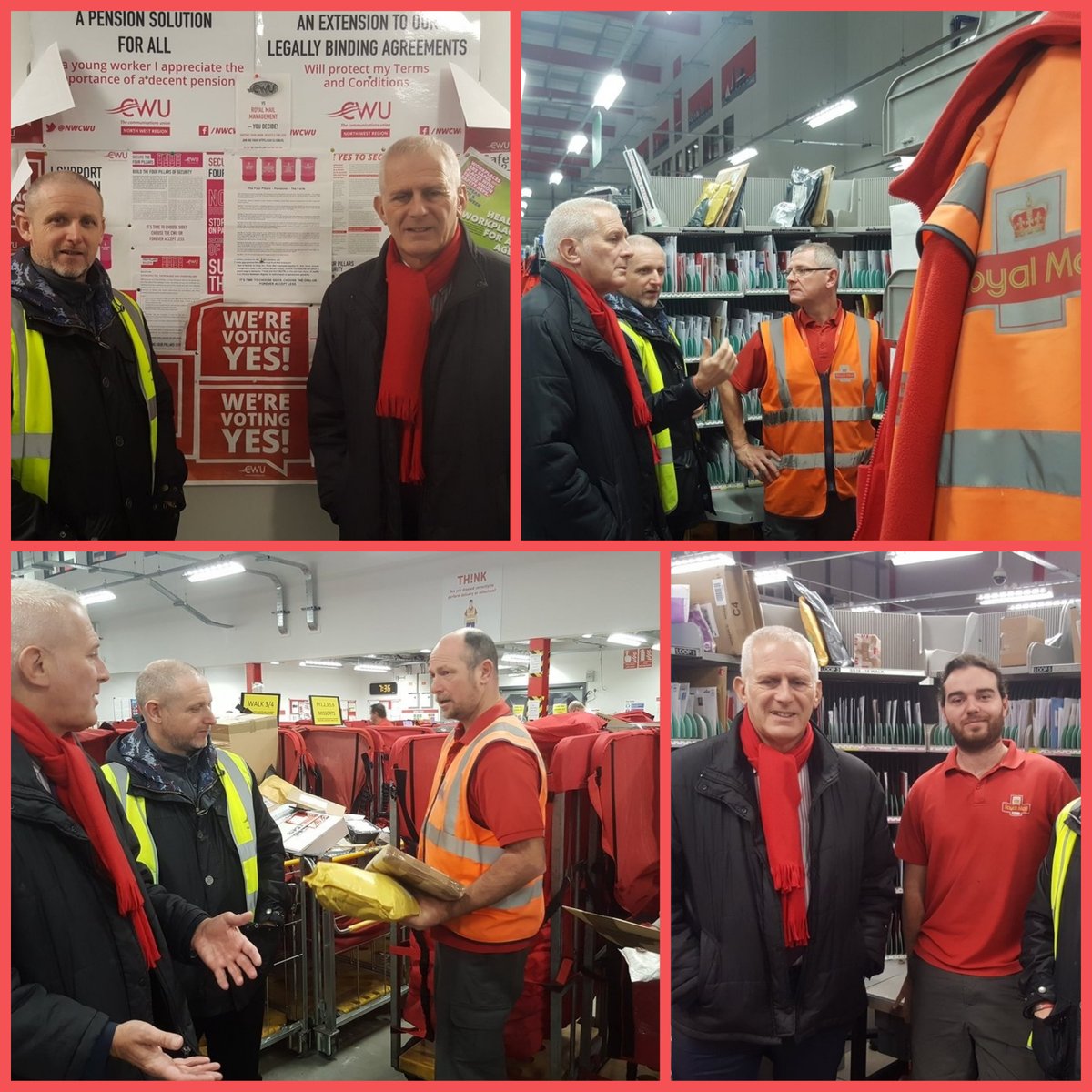 He saw at first-hand the work being done to get everyone’s post delivered to them over the busy festive period and was also able to hear their thoughts on the future of Royal Mail.

Gordon was taken around by Richard Wright from the Communications Workers Union. Gordon commented: “Postal workers are the unsung heroes of our local communities, and it’s important that we take the time to thank them for their tireless work, especially at Christmas time. We sometimes take the delivery of our post for granted -; but our posties go out in all weathers throughout the year to ensure we receive our post.

“It was very interesting to see the Christmas delivery operation in full swing on Saturday morning and chat to the staff to hear their thoughts on the future of Royal Mail. In chatting to the management about how the Centre was being used by customers across Blackpool, I was concerned to hear that the signage for motorists coming to collect letters or parcels had still not been improved to the site – which is potentially dangerous and there have been minor accidents. Also it would appear that the bus service which used in any case to stop short of the site, has now become more problematic. It really is quite a challenge for people from South Shore – whether customers or staff – to get there if they don’t have cars – which makes action by Royal Mail bosses on these issues in my view urgent.”

On the walk round, Gordon was also shown some of the latest equipment being used by Royal Mail’s postal workers to sort the thousands of different items being sent. This included a Code Sequence Sorter, which uses image recognition technology and is able to sort the postage into numerical order.