Gordon has been getting in the festive spirit by donating a selection of toys to the Blackpool Salvation Army’s Christmas Toy Appeal. 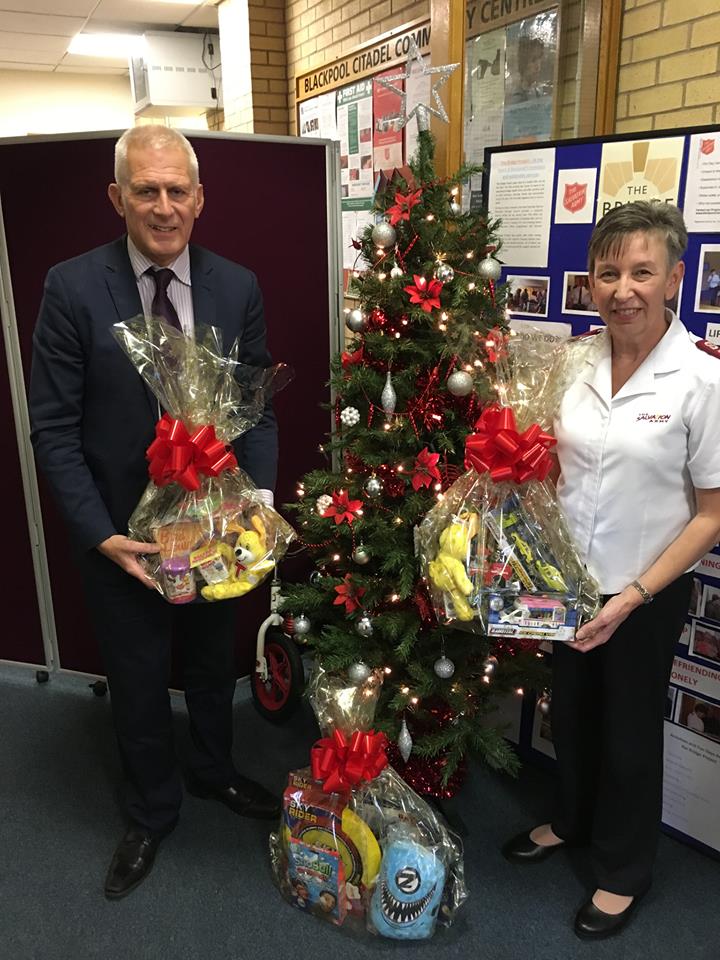 Following a Parliamentary reception hosted by the British Toy and Hobby Association, they sent Gordon a selection of toys, which he could then donate to a charity of his choice.

The Salvation Army in Blackpool led by Major Paul Fisher and Major Sandra Fisher have been appealing for people across the Fylde Coast to donate to their appeal, which will help children who would otherwise go without anything to open on Christmas Day. They have so far sent out just over 750 parcels with the aim of reaching around 2,000 children across the Blackpool Borough before Christmas Day.

Gordon said: “No child in Blackpool should be left without during Christmas and the Salvation Army’s campaign is one that I am really pleased to support -; I would encourage others who are in such a position to do the same.

“Christmas is a time of celebration and festivities, however we should also all remember to think about those less fortunate over the period. The Salvation Army’s motto of “give a gift and light up a life!” highlights how an individual act of kindness can make a big difference.”

Gordon also thanked the kindness of Ann Barnes, who runs the Florists just a few doors down from the constituency office and took the time to wrap the gifts free of charge.

Gordon said he was “very proud” to be supporting the cause, and thanked all of his constituents who had supported the campaign so far.

He added: “The support that has been shown within Blackpool is a testament to our community’s generosity and kindness. I would like to wish everyone a Merry Christmas, and I hope we all do our part to make Christmas a special time for everyone in our community.”