Gordon has used a Commons debate to attack Government ministers and their agencies for their failure to support disabled people in Blackpool -; accusing organisations such as ATOS of letting them down by forcing those with disabilities to travel to Preston for PIP and other benefit assessments. 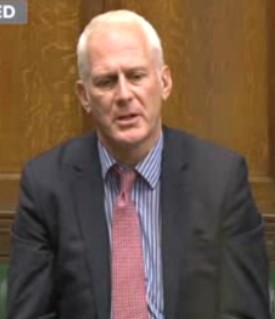 Working closely with organisations such as Blackpool CAB and Disability First, as well as casework coming into in his own constituency office, he said the failure of the Government and ATOS was making life increasingly difficult for people in Blackpool.

The Blackpool South MP explained that life for many people with disabilities had got worse over the past four years and he also labelled Lord Freud’s recent comments on the minimum wage as “damaging” and “difficult” for disabled people to accept.

Speaking after the debate Gordon said: “That’s why our Blackpool Citizens Advice Bureau has been so concerned and why they and I have been pressing this issue for nearly a year. Government officials and disability ministers have shrugged the problem off and just passed it on to their agency ATOS, who have failed to provide anywhere in Blackpool to date.

“Back in June a housebound constituent contacted me after applying for employment and support allowance. Despite being unable to leave her home, ATOS said an assessment at her home wouldn’t be possible.”

Gordon first pressed Government ministers in an adjournment debate two years ago on the difficulties people in Blackpool were having around ATOS, and he criticised them for failing to tackle issues he raised.

He said: “I spoke in the House about the difficulties many of my constituents in Blackpool South were having around ATOS, but sadly the current Government has failed to address these problems.

“The town has a larger than average number of people with disabilities, often people who do not have family or close friends in the area.

“One of the main problems has been around ATOS’ failure to have an assessment centre in Blackpool where my constituents can easily travel to and access.

“Blackpool CAB and Disability First, who I have worked closely with wrote to me last year to highlight this very problem.

“We only have an assessment centre for PIP medicals in Preston, which is some way from the centre of Blackpool, not near public transport and certainly off the beaten track.

“With the cost for people in Blackpool to get there, also longer journeys and in some cases not familiar with where they are going, it can cause a lot of problems and anxiety.

“When I asked why clients were expected to travel that distance, the reply from Government agencies was not satisfactory and stated that DWP guidance permits a client to travel 90 minutes one way for work or a job interview.

“Indeed it does, but this totally misses the salient point that these are people with illnesses, disability and stress.

“Last month I met with the manager of Atos and they said work was taking place on having an assessment centre in Blackpool by mid-2015.

“This is simply not good enough given their failures so far. I will continue to press both them and this Government until they do get an assessment venue in Blackpool. This episode shows the shambles and lack of respect for disabled people s needs this Government is presiding over.”