Labour’s commitment to raise the National Minimum Wage to £8 an hour by 2020 and ban exploitative zero hour contracts is a welcome boost Blackpool people need, Gordon has said. 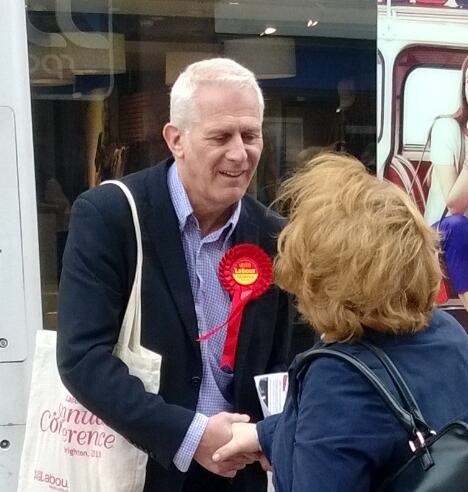 The increase of the National Minimum Wage would see some of Blackpool’s lowest paid workers given an increase of £3,000 per a year. Gordon also said more urgently needed to be done in tackling the growing problem of low and zero hour contracts and focus on the need to increase quality employment.

Speaking after the announcements Labour Party Conference, Gordon said: “These are commitments which will really benefit people in Blackpool.

“Across the town, people I meet, whether on the doorstep, in meetings or out and about, tell me they are not feeling the benefits of the Government’s so-called “economic recovery”.

“This Tory-led Government has failed to take action or even acknowledge the problems around low pay, low hour contracts and the lack of quality skilled job opportunities.

“Whilst some parts of the country prosper, we in Blackpool and the North West are not being given a fair deal by the Tory-led Government.

“As a Party we are now committed to increasing the minimum wage to £8 an hour by 2020. This will be a welcome boost many people in Blackpool so badly need. Locally Blackpool’s Labour Council has already made a start, despite unfair Government funding cuts, introducing a Living Wage for its employees.

“Of course this will be something that needs to be carefully carried through taking account the circumstances of particular sectors such as the hospitality sector. But the objective should be to develop a well-paid and well skilled work force that will be beneficial both for employees and also for local businesses and the overall local economy.

“In Blackpool and the North West underemployment is up by 18% since 2010, and families on average £1,750 worse off. This is not fair in any way because if you work hard, you shouldn’t be put in a situation where you are struggling to pay the bills.